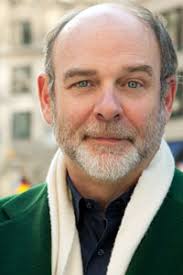 Paco founded Envirosell Inc. in 1986 as a testing agency for prototype stores. A consulting firm that does research, Envirosell has worked in 46 countries and with more than half of the Fortune 50 list. With branch offices in London, Milan, Shanghai, Seoul, Tokyo, Mexico City and Sao Paulo – it has a global reach. While prototype testing of stores, restaurants and bank branches is still 30% of its business, its largest clients in 2019 are technology companies trying to understand consumer behavior in store, in home, on the job, and on-line. Other client include global Mall Developers, CPGs, Healthcare groups, Airports, Professional Sports Clubs, Theme Parks, Home Builders, Office Designers, and On-Line Agencies.

Paco is the author of popular books including Why We Buy: The Science of Shopping out in 28 languages and used in MBA programs, Design Schools and Retailing Training Programs across the world. His books and articles are used in English as a Second Language (ESL) textbooks published by both Oxford University Press and National Geographic. His newest book with a working title of The Future of Eating and Drinking will be published by Simon & Schuster in 2021.

As a speaker and presenter he has worked in 50 countries talking to merchants, marketers, bankers, technologists, hospital groups, government agencies and most importantly students. As the son of a diplomat who grew up around the world – he has a global perspective and believes in Edutainment – laughter and education are intertwined.